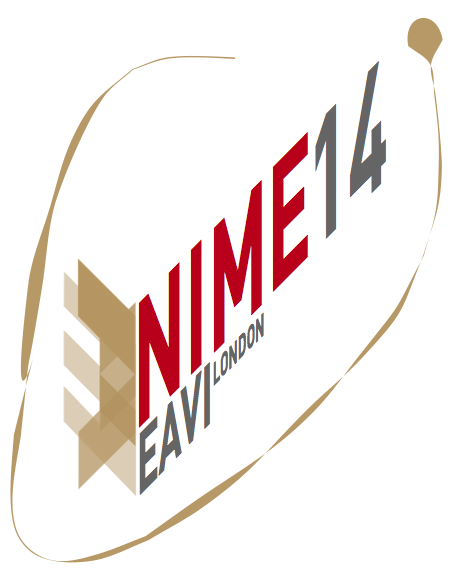 About the NIME conference: nime2014.org

The futurist Ray Kurzweil optimistically predicted at the end of the last millennium that by 2009 human musicians would be routinely jamming with autonomous software musicians, and by 2019 it would be normal for automated creative systems to be active participants across all of the arts. Despite the flavour of fantasy, software autonomy is in fact creeping into creative practice and become a recognized creative form, a serious platform for exploring the radical ways in which we can draw on the rich behavioural potential of computation in music.

This concert presents software systems that explore the possibilities of encoding and creatively engaging with autonomy and agency, developed by internationally renowned experimenters and creators. These are first and foremost artistic works, that embrace scientific experimentation in their creation.

Join international practitioners from a scene that is variously referred to as live algorithms, algorithmic composition or musical metacreation in a series of thought-provoking studies.

The concert is an associated event of the international New Interfaces for Musical Expression (NIME) conference, a major conference that explores musical performance, interaction design and new technologies. NIME 2014 is hosted by Goldsmiths, University of London (June 30th-July 3rd). The organizers of the Musical Metacreation workshop and concert series will present an introductory tutorial at Goldsmiths on June 30th as part of the NIME 2014 workshops series. See http://www.nime2014.org for more details.

For all enquiries, please contact Oliver Bown at oliver.bown@sydney.edu.au. 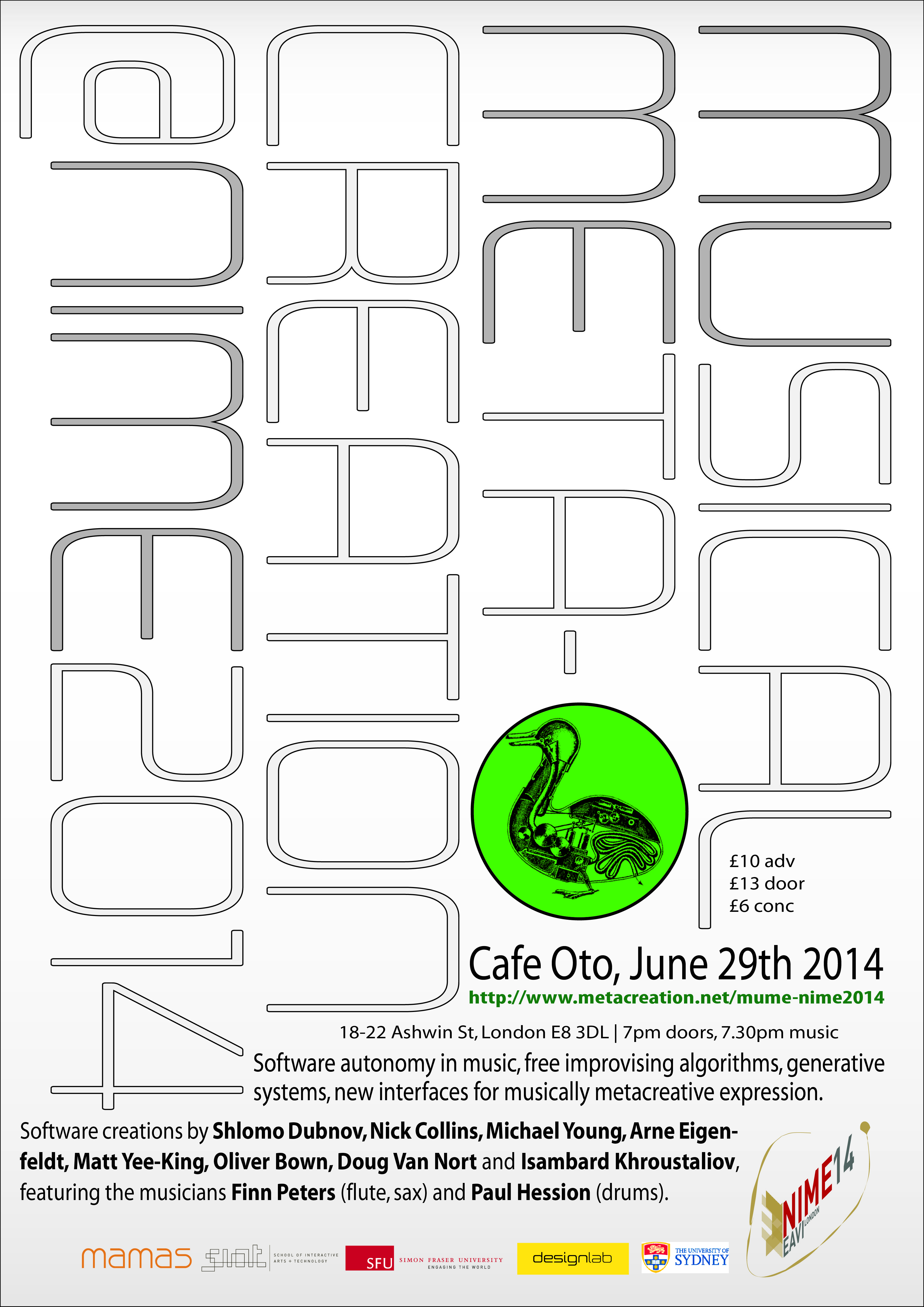